AiP is on vacation... 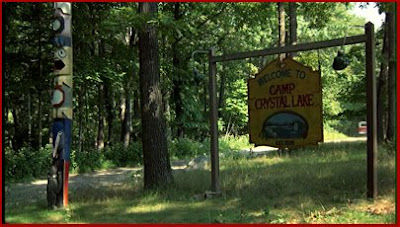 ...and will return as soon as I have regular internet access again!
Posted by Ross Horsley at 17:38 2 comments:

Horror That Made Me #5

One of my favourite things when I was a kid was Staying Up Late. Staying Up Late meant being part of an adult world that existed only when children had gone to bed – a mysterious, exciting time when it seemed all kinds of dangerous and forbidden things might happen, while other kids slumbered away oblivious. One of the illicit delights of Staying Up Late was late-night TV, and that’s where I first saw... 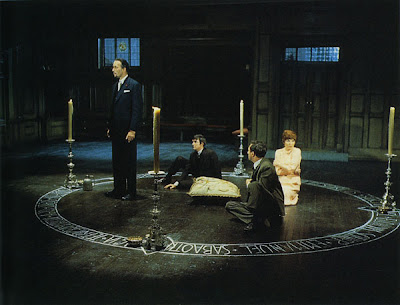 My mum, in her wisdom (and no doubt swayed by her enjoyment of the Dennis Wheatley source-novel), had decided that The Devil Rides Out was suitable for my pre-teen sensibilities. Which I’m sure it was, really, as it’s actually pretty tame if you don’t take the black magic theme too seriously. But she nevertheless warned me that it contained one truly terrifying scene: an attack by supernatural forces on a group of people holed up inside a magic pentacle drawn on the floor...

Now, being a secret horror veteran for years by this point, I wasn’t an easy kid to scare (at least, not where movies were concerned) but that scene didn’t disappoint. This was the 1980s and special effects had moved on in the twenty years since the heyday of Hammer Films, but I still thrilled to the giant spiders and skeletal horsemen that besieged our intrepid heroes. My eyes widened in apprehension as their protective candles flickered out one by one, and I’d swear a spectral wind whistled around my living room as it did the spooky chamber onscreen.

Staying up past bedtime to watch The Devil Rides Out is one of my fondest horror memories, and embodies for me that long-since lost feeling of late-night excitement you can only ever really experience as a child. It’s a long time since I’ve seen the film and I’m not sure what I’d make of it today. (Reading the book was a disappointment of sorts, as it couldn’t measure up to the other Dennis Wheatley I read, To the Devil, a Daughter – which itself made an inferior film, conversely.) I hope sometime soon, however, to give it another go. Maybe late at night. And with my mum. Just in case it gets too scary.