There were several reasons why The Night Stalker looked like the Best Film Ever to my ten-year-old mind... and by that I mean my mind when I was actually aged ten, not as it is now. Back then (1988 if you must know) there was no internet, so I read all my film reviews in Leonard Maltin’s awkwardly titled TV Movies and Video Guide, which described The Night Stalker as a “near-brilliant mixture of double-edged horror and comedy”. The only other modern horror film Mr Maltin seemed to actually like was Fright Night – which I lived for – so it looked like this 1972 classic would be another sure thing. 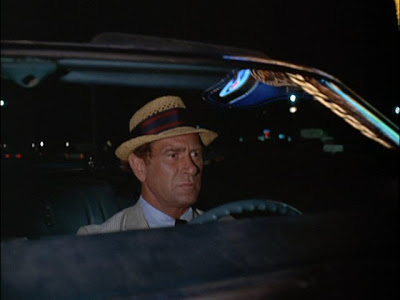 This was also at a time when I spent every Tuesday afternoon after school scanning the freshly bought TV Times and Radio Times (ITV and BBC had separate listings magazines then) for late-night horror films. I seem to remember The Night Stalker getting four out of five TV Times-approved stars – another remarkable feat for something with vampires in it. Add in the fact that I was sooo into the Hammer Dracula films at the time, and surely The Night Stalker was set to be my New Favourite Movie!

Well, it wasn’t. In fact, as a kid, I didn’t really get it at all. Sure, the story was about a vampire stalking Las Vegas – but somehow it didn’t really seem to be about a vampire stalking Las Vegas. Little did my ten-year-old mind realise at the time how accurate this notion was; The Night Stalker features dead dancing girls, multiple murders, a spooky mansion and, yes, a bona fide vampire – but really it’s about the reporter covering the case, and what the authorities will do to make sure the truth never gets out.

That reporter is rumpled, straw-hatted Carl Kolchak, played – in one of those perfect alignments of character and actor – by Darren McGavin. Kolchak is called back from a holiday to report on the discovery of a dead casino employee found dumped in a dustbin. She’s been drained of blood and sports a nasty little bite wound to the neck, but it’s a while before Kolchak is prepared to cry vampire – specifically, not until three more young women have been found exsanguinated in similar fashion, and our reporter hero has survived a one-on-one tussle with the superhuman villain responsible. 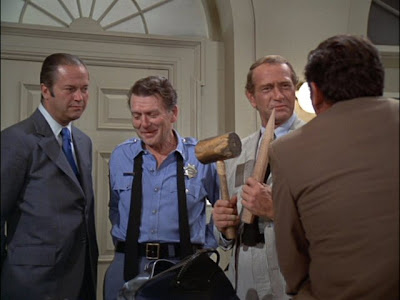 But it soon becomes clear that Kolchak’s problem isn’t going to be convincing the authorities that an undead monster is behind the murders (after all, it’s hard to refute the testimonies of thirty cops who’ve shot the perpetrator at close range without killing him), it’s going to be hacking through enough red tape to get something done about it. What’s the correct protocol for arresting a 100-year-old vampire? And can taking to the streets with a wooden stake be classed as premeditated murder?

Original, influential and a big success in its day, The Night Stalker arguably kicked off the boom in TV-movie horror that lasted for the remainder of the decade, producing cult classics like Don’t Be Afraid of the Dark (1973) and Trilogy of Terror (1975). Its surprising violence (check out that brutal opening murder) and sly tone mean that it’s dated pretty well without losing that all-important seventies charm. While not quite as seventies-sational as the same year’s Hammer offering Dracula A.D. 1972 (I mean, when was the last time you saw Christopher Lee and hotpants in the same movie?) there’s still plenty of casual sexism, period Vegas detail, and gratuitous knitting in public: 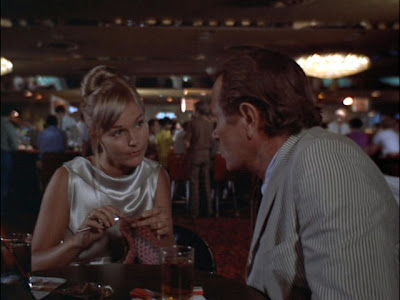 Director John Llewellyn Moxey offsets the urban setting with a genuine gothic feel – from the vampire’s red silk-lined suit to a terrific haunted house – that pays off with a straight-up horror climax. Short of the caricatured bloodsuckers of From Dusk Till Dawn, I can’t think of a vampire more physically vicious than Janos Skorzeny here, and his human-but-not-human appearance is quite chilling.

I’m glad I revisited The Night Stalker, and got a lot more out of it than when I went in expecting 75 minutes of monster mayhem twenty years ago. Don’t get me wrong, there is ample mayhem (thanks to Skorzeny’s violent rampages) but the movie’s concerned with more than just fang-baring thrills.

Next up, I’ll be rewatching the Seattle-set sequel, The Night Strangler, which in contrast I loved as a kid. But first I need my copy of Maltin’s, a TV Times and a highlighter pen... Bliss!

Hey mate, loved your Night Stalker review. As someone who has seen it over 500 times (literally, check out the link http://trash-aesthetics.blogspot.com/) I can completely concur with you on all accounts. Really enjoying your blog!