Remind me never to get a job writing the obituary column for a local newspaper in a non-specific American town. Not only do you have to work 16-hour days – six days a week – but they stick you in a windowless basement with a computer that shouts “Click here! Click here! Click here!” whenever it encounters a pop-up. And, although they obviously pay you enough to live in a nice apartment full of modern art, you’re always getting passed over for that big promotion to head news reporter. (What? Like it’s too much of a step up?)

As if that weren’t enough, it’s highly likely that you’ll become the target of a serial killer who places obituary notices in the paper before murdering his victims. That’s what’s happening to Denise Wilcox, heroine of the 2006 TV movie Obituary. Look, here she is: 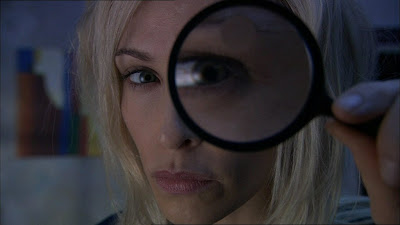 And here’s one of her obituaries: 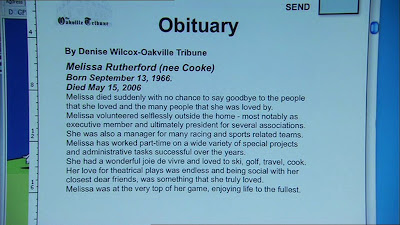 I have to admit I’m not surprised she keeps losing out on that reporter job, what with sentences like: “Her love for theatrical plays was endless and being social with her closest dear friends, was something that she truly loved” [sic]. I hope she’s leaving that piece out of her portfolio, to be honest. Anyway, it’s not long before a pop-up ad appears and thankfully obscures Denise’s rather dire copy: 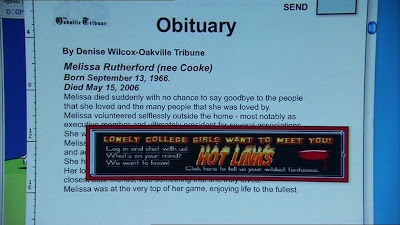 Swiftly followed by another: 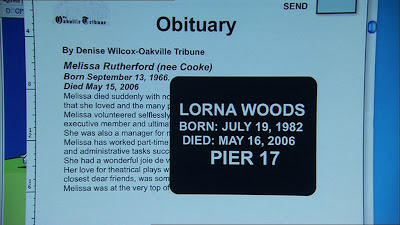 Eek! That’s not an advert – it’s another one of those messages from the serial killer! Luckily, Denise doesn’t have her pop-up blocker switched on or she never would’ve received it. Now she’ll have to phone Lorna Woods and warn her that she’s in danger from a killer! But will Lorna believe her? You bet she won’t... What a terrifying TV movie quandary!

Obituary isn’t a terrifying TV movie, however. In fact, it’s only really mildly suspenseful (and, even then, only towards the end). Denise manages to completely neglect her 16-hours-a-day job to investigate the murders – and, by “investigate”, I mean she spreads out lots of newspapers on the floor and goes through them with a highlighter pen colouring in any handy clues she comes across (she’s obviously been inspired by Suzanne Somers’ research techniques in Exclusive): 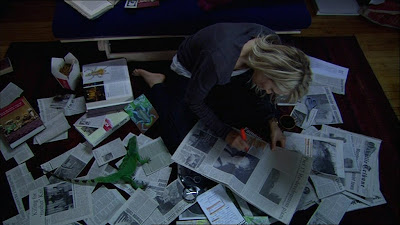 Oh yeah, that’s Denise’s pet iguana in the photo there. Isn’t she kooky? (Denise, that is.) And yet somehow lonely... If only the right man would come along and – oh wait, that’s right: her ex-boyfriend just got that promotion she was after and has come to work at the newspaper. How, like, conflicted she must be feeling about that. Let’s just hope he doesn’t turn out to be the killer, anyway!

As is unfortunately the case with many movies of this type, what starts out fairly engaging gets a bit tiresome after an hour or so. Obituary is vaguely stylish with a likeable enough heroine, but isn’t quite demented enough to pay out on its outlandish premise. Denise’s opening narration works quite well, and it’s a shame it’s not picked up on because it provides Obituary with a spark of personality that’s absent elsewhere.

And no iguana-boiling scene? Lazy!