It's that shark again

With my incessant blather about shark movies recently, I’m considering creating a new label for the various posts on the subject – or perhaps renaming this blog entirely (I’m thinking “SHARX!”). Anyway, there’s yet more finny fun today as we profile the top shark actor of his generation, as seen in this publicity shot: 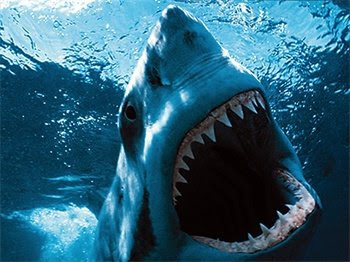 Back in 1974, young director Steven Spielberg was casting for a soon-to-be-blockbuster shark movie called Jaws. The coveted title role eventually went to a newcomer called Bruce, but one other shark made it to the final round of auditions. Shamefully, he doesn’t seem to have a profile page on the IMDb, but we’ll call him “Brian”.

Although Brian never appeared in a Jaws movie, he’s starred in numerous classics of the genre whilst never quite achieving mainstream fame in his own right – much like a squaloid Lou Diamond Phillips. His breakthrough came in 1976’s Shark Kill, a rushed-into-production Jaws cash-in. Here he is on the DVD cover, easily recognisable from the photo above: 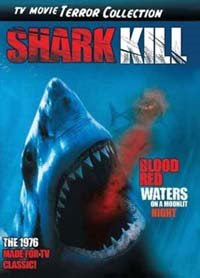 Shark Kill was a made-for-TV movie but, hey, we all have to start somewhere, and Brian’s slick performance brought him to the attention of exploitation filmmaker René Cardona Jr, who cast him in the rushed-into-production Jaws cash-in, Tintorera! (1977), which was this time released in cinemas. Brian is featured prominently on the DVD cover alongside co-stars Andrés García and Susan George: 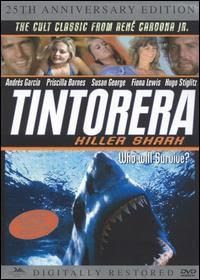 Fashions change, however, and the ensuing decade was a cruel time for Brian. And fashion in general. The two major shark movies of the eighties – Jaws 3D and Jaws: The Revenge – were widely ridiculed for the poor performances of their leading sharks, and it wasn’t until 1999 that Brian found work again. This time it was the video hit Shark Attack, the DVD cover of which depicts Brian about to chomp on the legs of a nubile female swimmer: 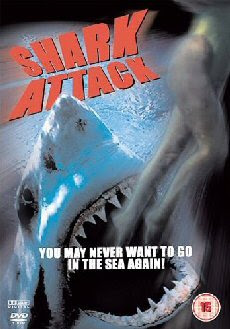 International fame beckoned, and Brian found himself working in Europe on the 2004 German telemovie Hai-Alarm auf Mallorca, known as Shark Attack in the Mediterranean on DVD: 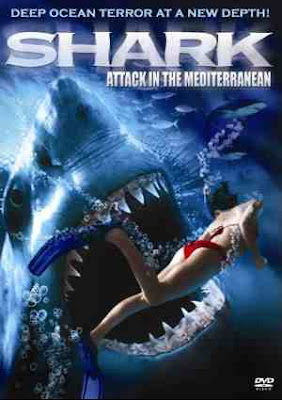 What will Brian’s next project be? Let me know if you spot him on any other DVD covers!

I think you perfectly captured the essence of Brian's film career. Brian would be a prime candidate if VH1's Behind the Music series also covered struggling shark actors.

Oops, wrong email address. (Me = Matt from The Spoon and fellow LAMB member)

Ross Matey, How bout' throwin a little shark love to both Cyclone and Into The Blue - they've got lovely supporting roles from SHARKS. Whaddya think? I LOVE BOTH OF THOSE MOVIES! The sharks really deserved top billing in both films if you ask me.

Welcome to the LAMB!

OK, this may be the BEST. ARTICLE. EVER. Based on all of the box art featuring the lovely Brian, me thinks he was the Fabio of video.

I think Brian went through a depressing coke phase but got to write a sequel to Bad Lieutenant in the process! Too bad they re-wrote it and took out the shark bits. Oh well... keep on persuing the dream Brian!

your blog is very coll, vizity my blog too: chupacapas.blogspot.com