Every week is Shark Week in my house, what with the regular screenings of the Shark Attack series and its various rip-offs (technically, rip-offs of rip-offs, considering the derivative nature of the Shark Attacks in the first place). It’s actually the made-for-TV variants I like best – especially Red Water and 12 Days of Terror – so it was with some excitement I learned that the Hallmark Channel has a major killer-shark miniseries in the works called Shark Swarm (I’m loving it already), due to air on 26 May in the US. I’ve no idea when – or even if – it’ll turn up in the UK but, until then, here’s a helpfully annotated look at the new poster: 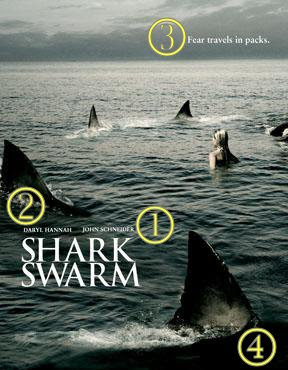 1. John Schneider (of Smallville and Dukes of Hazzard tele-fame) plays Daniel Wilder, a fisherman from Full Moon Bay who sets out to battle a school of great whites-gone-wild thanks to their exposure to sea pollution. Along for the ride/sail/living nightmare are his estranged brother (Roark Critchlow) and a sexy marine biologist (Heather McComb). So it’s just like Jaws, really, if Brody and Quint had been estranged brothers secretly in love with Hooper and vying for his amorous attentions... Um, actually, it’s not like Jaws.

2. Daryl Hannah plays Daniel’s wife, Brook, who gets fuck all to do by the sound of things. (So it is a bit like Jaws, then.)

3. Packs of forty, according to the press notes.

4. Fancy a peek “beyond the fin” at what the monsters look like? I’m not sure you will after you see these full-body shots: 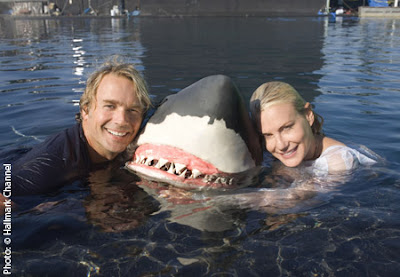 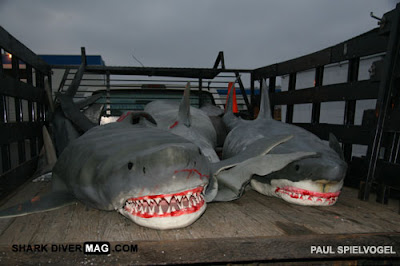 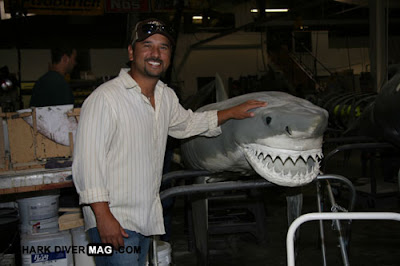 Nice shade of lipstick on those sharks, by the way... “Fishguts Pink” by Maybelline, if I’m not mistaken. I’ve no idea what’s going on in that last photo, however... unless they’ve modelled the sharks on that old Jaws 3 tie-in game: 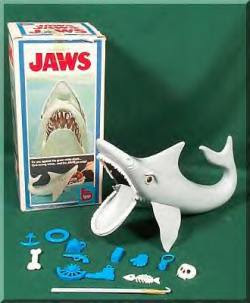 See more pics (some 105, in fact) on the official website, and keep your fish fingers crossed that this won’t be another Spring Break Shark Attack.
Posted by Ross Horsley at 22:17