Incubus is a film that works better the less you know about it. In fact, it’d be best for the story if you didn’t even know it involves an incubus. But, unless you’re illiterate, that’s probably not the case. And, if you are illiterate, I suggest you go and find someone to read the rest of this review aloud to you.

So, just what is an incubus, you ask, and can I use the name for my five-piece alternative rock band? Well, no, it’s already taken, sorry. In any case, an incubus is a sort of sexual demon that preys on women, raping them in the night and causing them to give birth to... well, who knows? Things never actually get that far in Incubus, but let me tell you, they go quite far enough for a 1981 slasher/horror film, thank you very much. 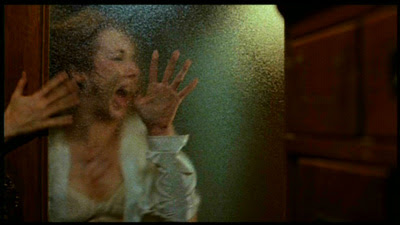 John Cassevetes plays Sam Cordell, a widowed doctor living in the small town of Galen with his teenage daughter, Jenny (Erin Noble). Our first sight of the good doctor finds him smirking to himself as he catches a glimpse of Jenny stepping naked out of the shower... Odd! But, fear not, this potentially disturbing subplot never really goes anywhere, since Sam is soon too busy investigating the film’s definitely disturbing main plot involving a string of rapes and murders around town.

It seems that young women are being attacked by a particularly vicious sexual predator whose assaults are so violent that the victims sometimes die from their injuries, while their male companions are killed outright. Further investigation reveals that some of the victims were subjected to “dry intercourse” (i.e. no semen present) while, in other cases, so much semen was found it looks like the woman was raped by a whole group of men. Cue some pretty gruesome rape-kit banter like “there was so much sperm in her that even the haemorrhaging couldn’t get rid of it”.

Things get weirder when Sam notices that the sperm samples he’s collected from the victims are red (a microscope shot shows that the squiggling spermatozoa have everything but horns and a pointy tail). Meanwhile, Jenny’s boyfriend Tim has been having strange dreams, the frequency of which seem to coincide with the attacks. Could he be the killer? Or is an even more dangerous supernatural force at work? Is it perhaps the rock band Incubus? Oops, sorry, I mean: Is it perhaps an incubus? 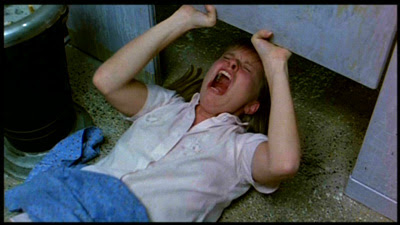 The answers don’t come early in Incubus, and I found this brooding sense of mystery one of the film’s most successful elements. If you watch it for cheap laughs, you’ll probably find some, but you’ll likely also find the pace boring. If, however, you take the time to be drawn into its sinister atmosphere, you’ll find it’s a serious, genuinely menacing story, very much in tune with director John Hough’s previous ghostly mood-pieces, The Watcher in the Woods and The Legend of Hell House.

And based on that alone, I loved it. You can count the number of sombre slasher movies on one hand and yet, when the genre takes itself seriously, it can be quite disturbing indeed, as it is here. (The same year’s The Prowler is another good example, while 1982’s Pranks is a nasty one I don’t get along with so well.) The attack sequences in Incubus are genuinely frightening: one simply involves something nasty seen through the crack beneath a bedroom door; others take place in an appropriately gothic museum and – in a scene that even out-creeps the similar one in He Knows You’re Alone – a cinema bathroom.

So suspend your disbelief – you’re worth it! And so is Incubus.