Imagine you’d saved up all your money to make a movie... then discovered that one of your trusted friends had gone and blown it all on leisure suits and cheap accessories. But you still felt you had an important story to tell, so you got all those leisure suits and cheap accessories together and made the movie anyway, making sure you got your money’s worth from your purchases by forcing the entire cast to wear them. I can only surmise that’s what happened in the case of Eric Straton’s 1992 serial killer flick, The Hollywood Beach Murders. Quite frankly, the alternatives don’t bear thinking about.

I presume that, before Straton’s buddy bought all those leisure suits and cheap accessories, Eric had envisaged The Hollywood Beach Murders as a glossy thriller set amongst a trendy California beach community. There’d be murders and thrills and glamour and, oh, maybe even Tara Reid or someone. Of course, not having any budget left meant that Straton had to change his plans somewhat. Those beach people can be awfully funny about lending out their houses, so Straton had to look for a new location. The “Hollywood Beach” of the title, he decided, would stop referring to a beach per se, and become instead the name of a... let’s see now... train. Yes, that works. And those interiors would be cheaper to film.

There were most likely other compromises too. All those cheap accessories wouldn’t really suit the hip young cast Straton had originally had in mind, so he had a look round and found some actors who would look good in them. But they wouldn’t work for free, so he cast his friends and family instead. 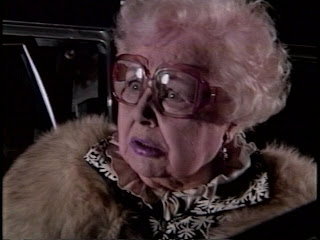 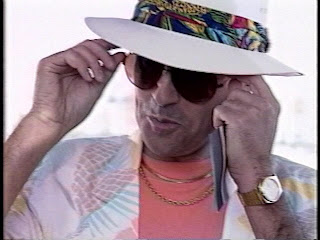 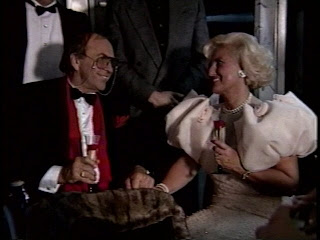 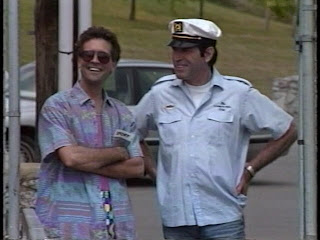 Out too went Tara, replaced by a big fat man called David Regal. David would play a detective investigating murders onboard the train – just like in that movie Murder on the Orient Express, except with more leisure suits. And cheap accessories. Unfortunately, Straton only managed to film forty minutes’ worth of train footage, so he thought of a clever subplot to fill the rest of the time: the detective would have a partner holidaying in Miami. Not only would this provide some comic relief – in the shape of the partner’s disastrous attempts at picking up women – but it would also allow Straton to incorporate approximately fifteen minutes of sailing footage he also happened to have filmed earlier. And the partner could wear Straton’s favourite novelty boob hat! 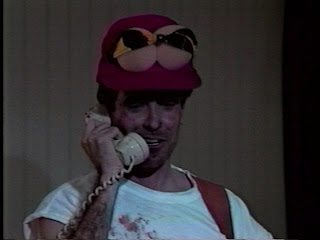 The Hollywood Beach Murders, despite its budget, cast and occasionally baffling longueurs, managed to hold my attention. I’d even go so far as to say it has an oddball charm – if, that is, you find oddballs charming. It may have helped that I watched the film whilst ill in bed, lacking the strength even to reach for the remote control to turn it off, but I have to admit it provided a comfortable distraction as I lay in a puddle of my own chicken soup (I had a spillage and, as I said, no strength). The mystery plot holds up – albeit without ever threatening the likes of Murder on the Orient Express – and I made it to the end credits with a smile on my face. Although that may have been because of the final freeze-frame. 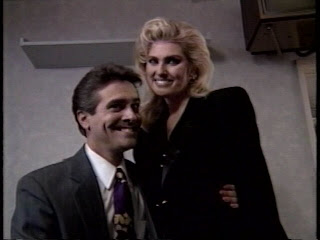